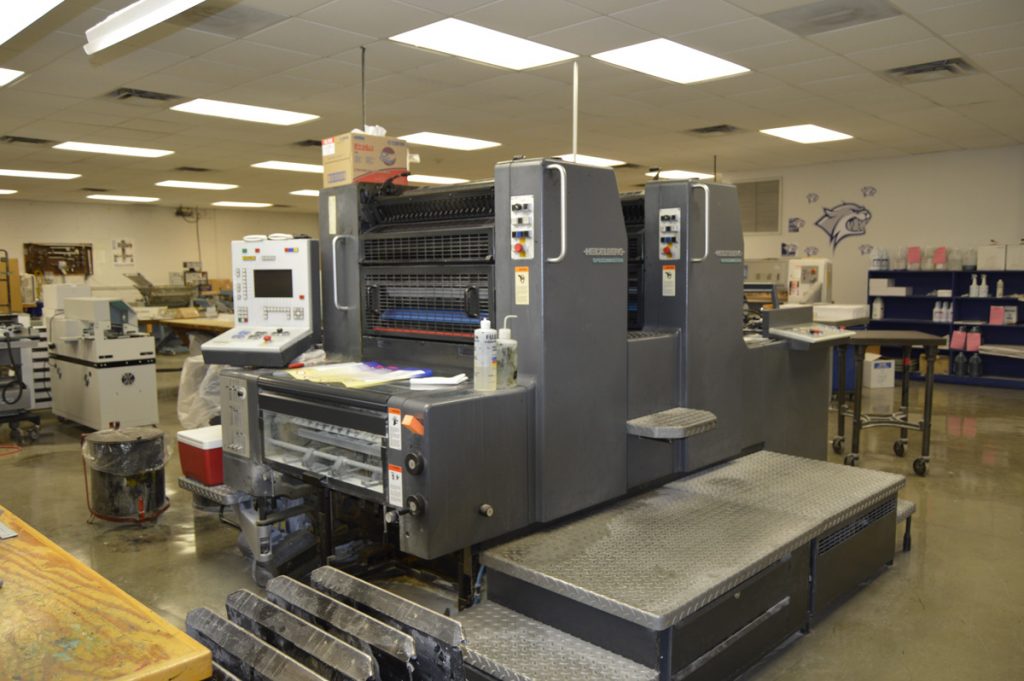 "the offset technique employs a flat (planographic) image carrier on which.."

Offset printing is a commonly used printing technique in which the inked image is transferred (or “offset”) from a plate to a rubber blanket, then to the printing surface. When used in combination with the lithographicprocess, which is based on the repulsion of oil and water, the offset technique employs a flat (planographic) image carrier on which the image to be printed obtains ink from ink rollers, while the non-printing area attracts a water-based film (called “fountain solution”), keeping the non-printing areas ink-free. The modern “web” process feeds a large reel of paper through a large press machine in several parts, typically for several metres, which then prints continuously as the paper is fed through.